With Facebook’s Aggregated Event Management (AEM) live for over a month now, we can already start pointing out some specific tactics that have worked well for our clients and partners. In this post we will share some of our findings so that you can incorporate them in your campaigns as well.

This post is highly relevant for advertisers operating a Shopify or WooCommerce store but can be applied to any online platform too.

Facebook have recommended their own set of actions, namely Server Side tracking, Domain Verification and Event Prioritization, but these rather generic actions, while important, don’t provide any edge in your campaigns. At most, they will only compensate a bit for the data lost.

Let’s breakdown our recommendations for optimizing your ecommerce campaigns:

A key factor of AEM is the limit of conversion attribution to a 1-day view and a 7-day click. This means that if a user doesn’t convert within the first week of clicking an ad, he will not be attributed back to that campaign. In practice, Facebook’s optimization engine will have less conversion data to train against, which explains why campaign results have deteriorated faster for smaller advertisers compared to larger ones.

We’ve seen multiple advertisers report missing conversion data, even in stores that have a sales cycle that is typically shorter than 7 days. This is in many cases due to ad blockers or simply the pixel not loading correctly (you’d be surprised how often that happens).

To make up for the lack of data, we recommend optimizing your campaigns using events that are upper in the user’s funnel, though still indicate a high intent. For example, instead of optimizing for Purchase, optimize for Add to Cart or Fixel High.

If your conversion event happens fewer than 50 times in a week, consider optimizing for an event that occurs more frequently

Naturally, there are always more people that Add to Cart rather than Purchase, but as long as these are closely correlated, their impact on Facebook’s optimization will be positive. This will also expedite the notorious Learning Phase of your campaign.

At Fixel we’ve had multiple clients use the Fixel High event (indicating users with high intent to purchase). These have seen fantastic results in their campaigns, including in smaller stores.

You can sign up for a free trial of Fixel and try it yourself.

Another limitation set by AEM is the reporting being limited to the ad set level and delayed by 48-72 hours. To overcome these limitations, you can simply move some of the tracking and analysis to other platforms, such as Web Analytics and BI tools that will continue to work just fine.

We recommend using Google Analytics, as it is free and easy to use, but also is fully aligned on tracking standards (i.e. UTMs) for sake of consistency. We’ve covered this quite extensively in this blog post, so all the technical bit and bytes are already there.

The downside of using Google Analytics or similar solutions is that its attribution model is limited to cookie-based data and might differ from the reporting in Facebook Ads (Last Click vs. 7-day Click/1-day View models). Another issue is the detachment of conversion data from other campaign data, most importantly spend. This can be resolved to some extent by blending the data in Google Data Studio or by importing the ad data into Google Analytics with tools such as Funnel or OWOX BI.

If the tracking and attribution of traffic hitting your website is going haywire, you should probably make more use of Facebook’s built-in solutions for ecommerce advertisers.

For an ecommerce store, this means integrating with Facebook Shops. If you’re using Shopify or WooCommerce, this is a zero-hassle integration that’s already built into the platform (Shopify docs, WooCommerce docs). The key benefit of this is optimal data collection in your campaigns. Another benefit is the smooth conversion funnel for the user, completing all the steps within a single platform.

Another option is to invest in immersive experiences such as Canvas ads, which can also lead to a Lead Ad. In cases that this makes sense, this is also a great way to circumvent the data limitations.

The downside to using this approach is the increased reliance on Facebook, which can also backfire. At least one advertiser I’ve talked to said their campaigns using Facebook Shop were outstanding, but a complaint on copyright infringement (that was ultimately resolved), cost them two months of no activity. So definitely don’t put all your eggs in one basket, but it’s surely a basket to consider amongst others. 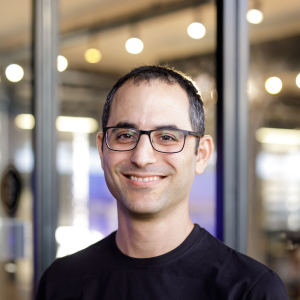