Welcome to Fixel’s Rule-Based Segmentation series! In this series, we will discuss how to deploy and use rule-based segmentation. Each chapter will feature a tool that any marketer can use to upgrade their data driven campaigns from basic to rule-based.

What is Rule Based Segmentation

Rule Based segmentation examines user behaviour and segments user groups based on a set of rules. The specific ‘rules’ change from one school of thought to another, but for the most part they’re a mix between common sense and past experience, meant to predict intent.

For example, in eCommerce, users who abandoned a cart are a very common rule based segment.

If we look closer we can break it down to three points. First, the behaviour being tracked, in or case the ‘Add to cart’ button, second the threshold of activity, in this case it’s added to cart but didn’t buy and finally the rule logic, which in here is the premise that If a user added a product to cart they’re probably interested in that product.

Moreover, rule based segmentation allows for the creation of ‘softer’ signals when compared to the ‘hard’ Add to Cart action. These enable smaller companies create effective, granular remarketing and lookalikes, despite having smaller scale.

Where is Rule Based Segmentation Useful?

Consider a large company. I mean really large. One with mountains of past data and thousands of purchases a day. This company would be able to look at very high quality metrics like lifetime value in a specific product category and even after they drill down to specific demographics and geography, they’d still have a sample group that’s large enough to create a quality lookalike.

On the other hand, they would probably hit a negative ROAS if they try to target all their site visitors with Remarketing. A simple approach would either target anyone who viewed a product, which will be aiming too broad. Another alternative is targeting only the Add to Cart visitors, which is most likely too narrow. This is where rule based segmentation would kick in for them.

Now consider a small company or one that’s just getting started. For them, lifetime value doesn’t exist yet and even purchase or add to cart numbers might be too small. These companies can use rule based segmentation to build granular audiences that balance both scale and accuracy.

Remarketing is perhaps where rule based audiences have the most impact. In ecommerce for example, a combination of product view, time on page and scroll depth can be used to create an audience comparable to Abandoned Cart audiences. In blogs and other websites which lack a hard conversion like a form submit or a purchase, rule based segments can make remarketing relevant and effective by giving estimates to intent.

Rule based audience segments are immensely useful for creating Lookalike seeds. Assuming your rules are effective predictors of purchase intent, rule based segments can deliver higher granularity allowing even relatively small operations to drill down in higher resolution of demographics, interest and location.

The catch with rule based remarketing is three fold. Firstly, creating rules that are effective predictors of user intent, secondly, consistently tracking the various metrics across your website and finally, making use of these metrics in the ad platforms.

This article series aims to solve the latter two, while giving ideas and insights for rules. Each chapter will focus on a different metric and will go through the rules that are relevant for it and the practical setup of the metric tracking in Google Tag Manager including delivery to Google analytics and Facebook Ads, where these metrics become actionable.

Dive in and enjoy! 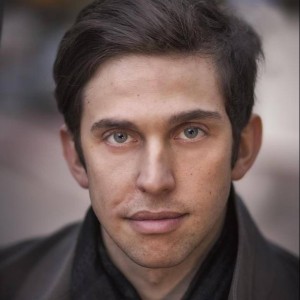 Lev Kerzhner does Partnerships and Customer Success for Fixel, a multidisciplinary fellow with a background ranging from government to technology and art.